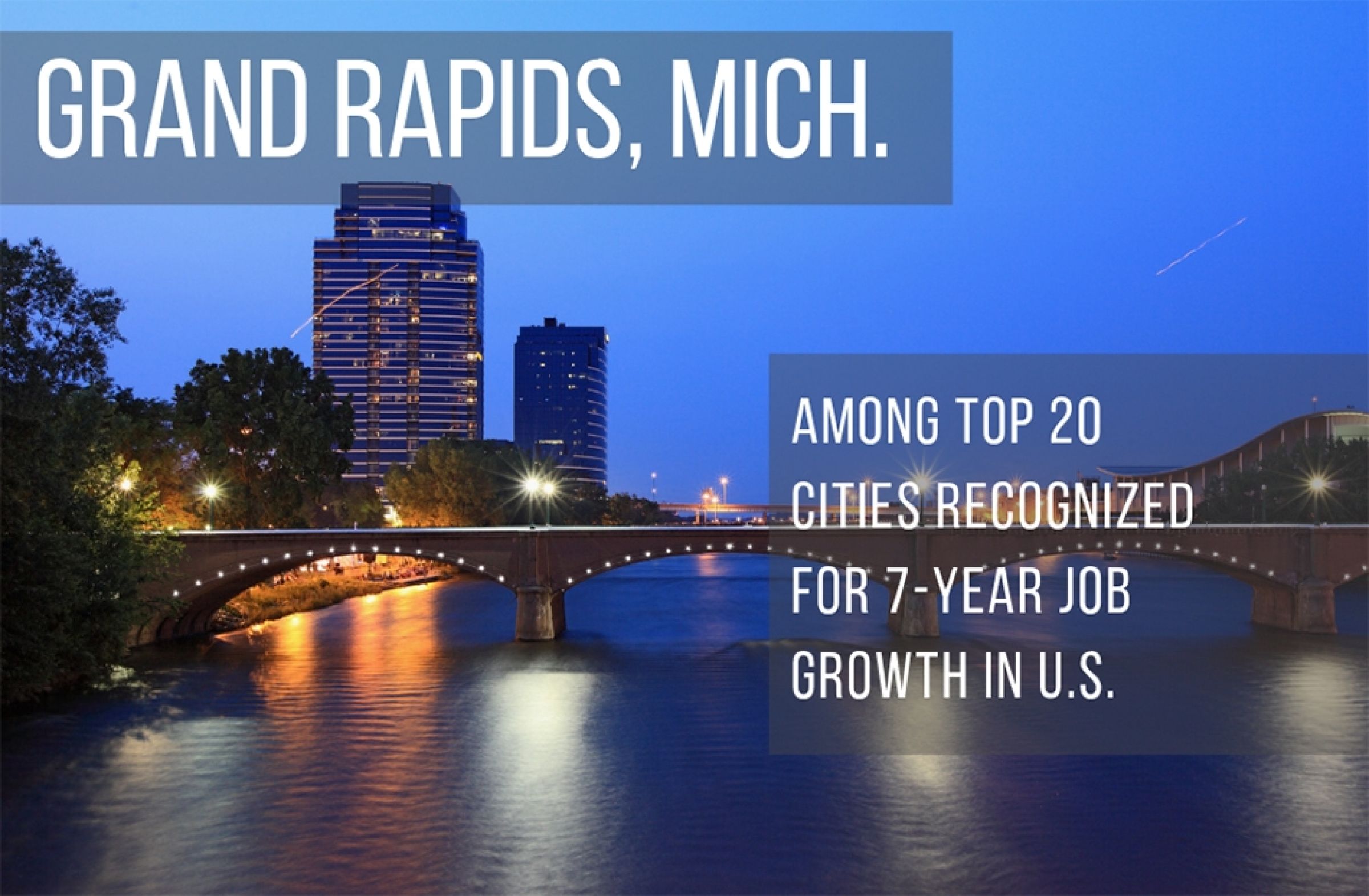 International news organization, Reuters, recently published an analysis of seven-year job growth in metropolitan statistical areas (MSAs) throughout the United States. While a majority of the highest growth cities were found in clusters around fast-growing southern and coastal states, the Grand Rapids-Wyoming, Mich. MSA served as an outlier.

The city is one of only two areas in the "rust belt" to exhibit high job growth rates comparative to other top MSAs, alongside Detroit-Warren-Dearborn. Grand Rapids had a 0.73% share of new jobs from 2010-2017. The top 20 MSAs in the analysis represented nearly 40% of job growth in the nation.