Greater Grand Rapids is home to the Medical Mile, a world-class healthcare destination attracting medical professionals from around the world

West Michigan is home to some of the most advanced healthcare, research, manufacturing and education facilities in the Midwest, many of which are housed on the Medical Mile.

The Medical Mile, located just north of downtown Grand Rapids, is renowned as a world-class healthcare destination. The clinical, research and academic institutions that line the Medical Mile have attracted medical professionals from around the world. 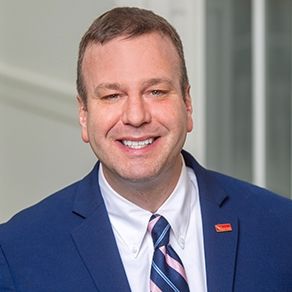 Eric provides retention and expansion assistance to Right Place clients. He provides site location assistance to national and international life sciences firms. He also serves as the facilitator for the MiDevice group.

With one of the fastest growing life sciences cluster in the United States, West Michigan has benefited from more than $2 billion in recent investments, including:

MiDevice, run by The Right Place, is the only Michigan-based organization dedicated to medical device design, development, manufacturing and distribution. MiDevice gives medical device companies the opportunity to collaborate, cooperate and promote their expertise in the industry.