Today The Right Place, Inc., in collaboration with the Michigan Economic Development Corporation (MEDC) and the City of Grand Rapids, announced that Grand Rapids-based Grand River Aseptic Manufacturing, Inc. (GRAM) will be expanding to a new location at 524 Butterworth St. SW in Grand Rapids. 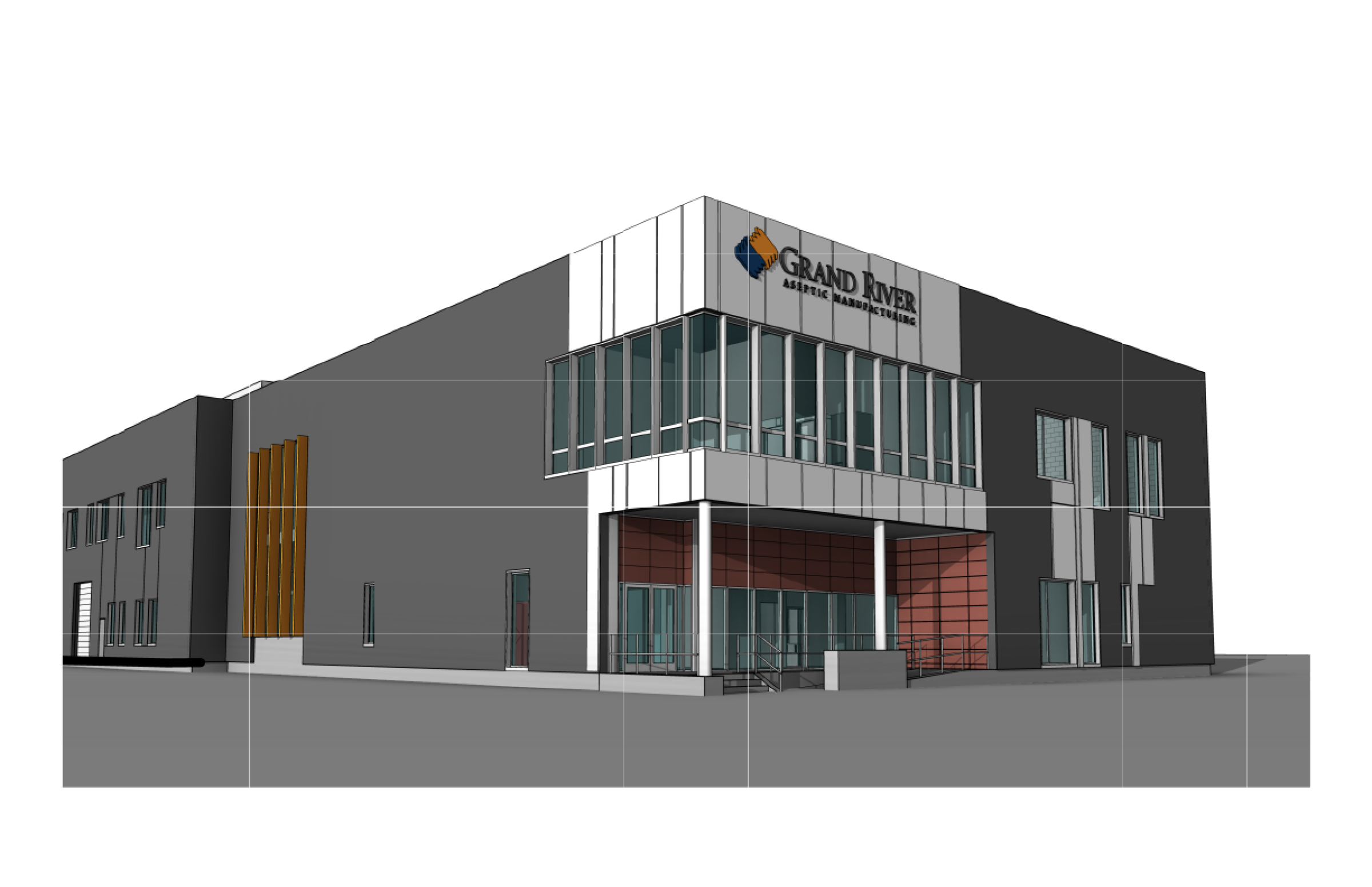 Today The Right Place, Inc., in collaboration with the Michigan Economic Development Corporation (MEDC) and the City of Grand Rapids, announced that Grand Rapids-based Grand River Aseptic Manufacturing, Inc. (GRAM) will be expanding to a new location at 524 Butterworth St. SW in Grand Rapids. This expansion will result in the creation of 107 new jobs and a capital investment of $60 million.

GRAM was founded in 2010 and purchased the assets of its predecessor company, a joint venture between the Van Andel Institute and Grand Valley State University. As a privately held company, GRAM provides high-quality, outsourced sterile parenteral manufacturing for the life sciences industry. Its services include pharmaceutical development and manufacturing, analytical testing, and regulatory filing support.

Now surpassing well over 100 full-time employees, GRAM initially started with a team of 16 in 2011. The company has seen substantial growth over the years, largely due to the rapidly growing aseptic manufacturing market and GRAM’s commitment to quality. In 2017 and 2018, GRAM was named as one of the fastest growing private companies in the U.S., and the seventh fastest growing company in Mich. by Inc. 5000.

GRAM has two Grand Rapids locations at 140 Front Ave SW and 837 Godfrey Ave SW. Both of its current facilities are near capacity, and with projected continued growth and the possibility of expanding the scope of its operations. The new 62,400 square foot building on Butterworth St. will house additional production space, with state-of-the-art pharmaceutical manufacturing and packaging and allow GRAM to increase its automation capabilities.

“Since 2010, Grand River Aseptic Manufacturing has been closely linked to the Grand Rapids community,” said Thomas Ross, President and CEO, Grand River Aseptic Manufacturing, Inc., “We have been able to put together a team of highly-skilled, dedicated individuals, which has been critical to maintaining our reputation of providing excellent quality and service to our clients. We are thankful The Right Place and their partners at the MEDC and City of Grand Rapids made it possible for us to continue growing in West Michigan.”

The company considered several other facilities in surrounding states before deciding on a third Grand Rapids location. The Right Place worked in collaboration with GRAM and the MEDC to ensure the company continued its growth in the region. The Right Place also connected GRAM to workforce development resources at West Michigan Works! to assist with worker training.

The MEDC is supporting the expansion effort with the approval of a $1,000,000 Michigan Business Development Program performance-based grant. The expansion will also be supported locally by a P.A. 198 tax abatement from the City of Grand Rapids.

“Grand River Aseptic Manufacturing serves as a high-quality option for clients with a growing need for these services,” said Eric Icard, Senior Business Development Manager and project lead, “We continue to see the important role pharmaceutical manufacturing plays in the West Michigan economy, and this is a perfect example of the kind of growth opportunities this industry brings to our region.”

City of Grand Rapids Managing Director of Economic Development Services, Kara Wood, is also thrilled with the company’s choice to continue expanding in the City, “Grand River Aseptic Manufacturing’s decision to develop a third facility in the City of Grand Rapids is a nod to the capabilities of our workforce, and the strong business environment that allows pharmaceutical manufacturing to thrive in our community,” said Wood.