One year after announcing a venture fund aimed at boosting businesses owned by people of color in West Michigan, New Community Transformation Fund (NCTF) is nearing the first organizational milestone of raising $10 million, thanks to a substantial investment Bank of America announced today that it will make. 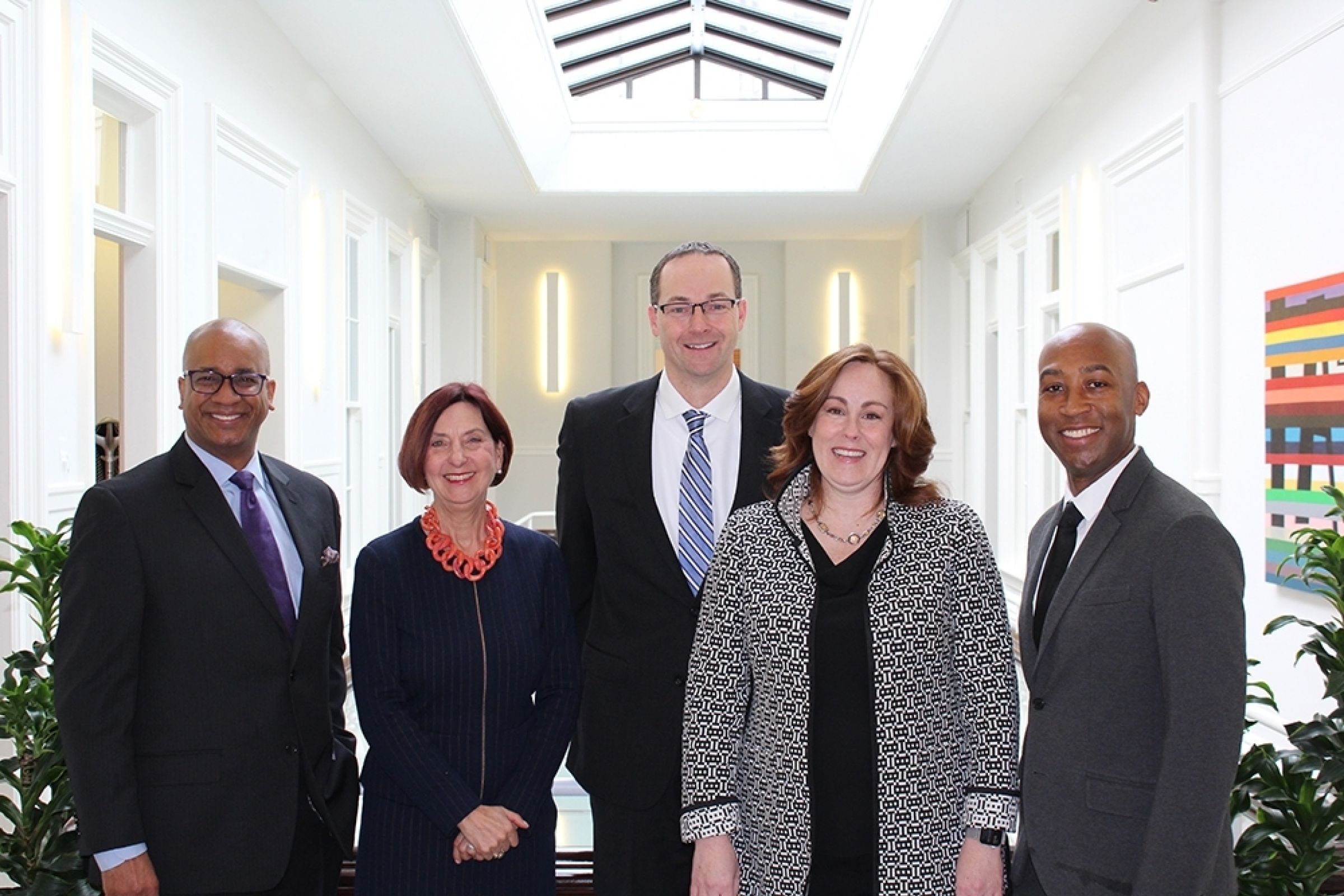 One year after announcing a venture fund aimed at boosting businesses owned by people of color in West Michigan, New Community Transformation Fund (NCTF) is nearing the first organizational milestone of raising $10 million, thanks to a substantial investment Bank of America announced today that it will make. The $10 million figure is important as it is the amount of capital raise necessary for the fund to make its first investments in businesses owned by people of color.

The first-year investments and general updates on NCTF’s activities were highlighted to NCTF investors and media on a Zoom call today. Notable successes shared on the call included:

As far as 2021 milestones, NCTF leaders offered the following:

A simple premise and strong support

Inspired by an idea in 2018 by longtime Right Place president and CEO Birgit Klohs, who serves as a board member, NCTF publicly launched Jan. 23, 2020, just two months before the COVID-19 pandemic turned the regional economy upside down.

The goal of the fund, in Klohs' mind, has always been simple.

“This fund aims to create a more diverse economy and drive economic prosperity in West Michigan’s communities of color,” said Birgit Klohs, President and CEO, The Right Place, Inc. “Those who have already invested in the New Community Transformation Fund share this goal, and it is my hope that many others will join us in creating upward mobility for entrepreneurs that have not been given opportunity historically.”

It was that premise that led Klohs to share the idea with longtime friend Skot Welch in 2018. The two incubated the idea and socialized it with potential funders. It quickly became clear that the idea was widely supported.

NCTF was seeded with funds from the Consumers Energy Foundation and Bank of America and has since seen investments from some of West Michigan’s most notable business names, including Autocam-Medical, DTE, Gentex, Greenville Partners/Meijer, Horizon Bank, Mercantile Bank, Rockford Construction, Spectrum Health Ventures, Wolverine Building Group and Wolverine Oil & Gas.

NCTF maintains an investment committee and advisory committee comprised of local and national members and is governed by a board of directors which, along with Klohs and Welch, includes Renee Tabben, President of Bank of America’s Grand Rapids Market; Garrick Rochow, President and CEO of Consumers Energy; and Christal Jackson, an internationally known venture philanthropist.

Bank of America Grand Rapids Market President Renee Tabben was one of the first people NCTF approached. It did not take much for Tabben to see the value and perfect alignment with Bank of America’s corporate strategy. The bank seeded the fund with a $200,000 commitment in 2020 and strengthens its commitment with today’s announcement of additional investments highlights NCTF’s continued progress.

“To continue to grow and prosper West Michigan must have healthy and diverse communities,” said Renee Tabben, Grand Rapids Market President, Bank of America, who sits on the Board of The Right Place, Inc. “Our additional investment in the NCTF and ongoing support of ethnic and racial diversity in business ownership comes at a critical time, as the health and humanitarian crisis has significantly increased the need for greater opportunities to ensure more access to capital and essential support services are available for entrepreneurs of color.”

Along with Tabben and Bank of America, Consumer Energy’s Garrick Rochow has been with NCTF since its inception. The Consumers Energy Foundation also was first to the table with $200,000 in seed money, and just this past summer, pledged more to the endeavor.

Recently, the Consumers Energy Foundation agreed to become one of the Fund’s Inaugural Trailblazers, with a $1 million investment, one of the largest commitments in the Foundation’s history.

“This is an investment in equity,” said Garrick Rochow, Consumers Energy president and CEO and a NCTF board member. “It demonstrates the Consumers Energy Foundation’s unwavering belief that West Michigan’s continued success must be collective and inclusive of everyone.”

Rochow, also a Right Place board member, said the investment reflects Consumers Energy’s strong commitment to workplace diversity, equity and inclusion. “As Michigan’s largest energy provider, we know we must play a role in fostering DE&I in our state. We have more than 8,000 employees and know these issues affect their lives and the communities where we all live and work.”

Shortly after the fund launched, the world was turned upside down due to the COVID pandemic forcing businesses to temporarily close, and a few months after COVID hit, the death of George Floyd put a spotlight on racial murders and social inequity.

“We had to pivot all our major in-person presentations to Zoom,” said Welch. “Not one potential investor canceled on us during that time. It wasn’t about our presentation, it was our theory of supporting diverse businesses that got the attention of our investors, and perhaps the tragedy of George Floyd helped some to understand the need for more substantial and equitable investments into entrepreneurs of color.”

When it starts investing, NCTF intends to invest between $250,000 to $500,000 in second-stage, people of color-owned companies involved in advanced manufacturing, food and agribusiness, e-commerce and information technology, life sciences, and finance technology as well as legacy and transitioning succession businesses.

The fund will focus on West Michigan-based companies, but it will entertain investments in non-local companies if the company pledges to move most of its operations to the region.

A template for success?

Welch is a big fan of utilizing programmatic templates that help drive efficiency. In the case of NCTF, there was not a template to replicate, so he created one that drives the mission and vision of the fund and is having success with it. So much, in fact, that as Welch, Anku and Klohs share with others across the country about what NCTF is doing, they are being asked to replicate the model in other cities.

“The nation is watching us,” Welch adds. “We haven’t even made our first investment, but we’re getting requests to help create a New Community Transformational Fund in major cities.”