Today The Right Place, Inc., in collaboration with Cascade Charter Township, announced that contract medical manufacturer Medbio is investing $3.5 million to expand its operations in the Cascade area. As a result, the company, based at 3637 Sysco Court, will add 43 jobs. 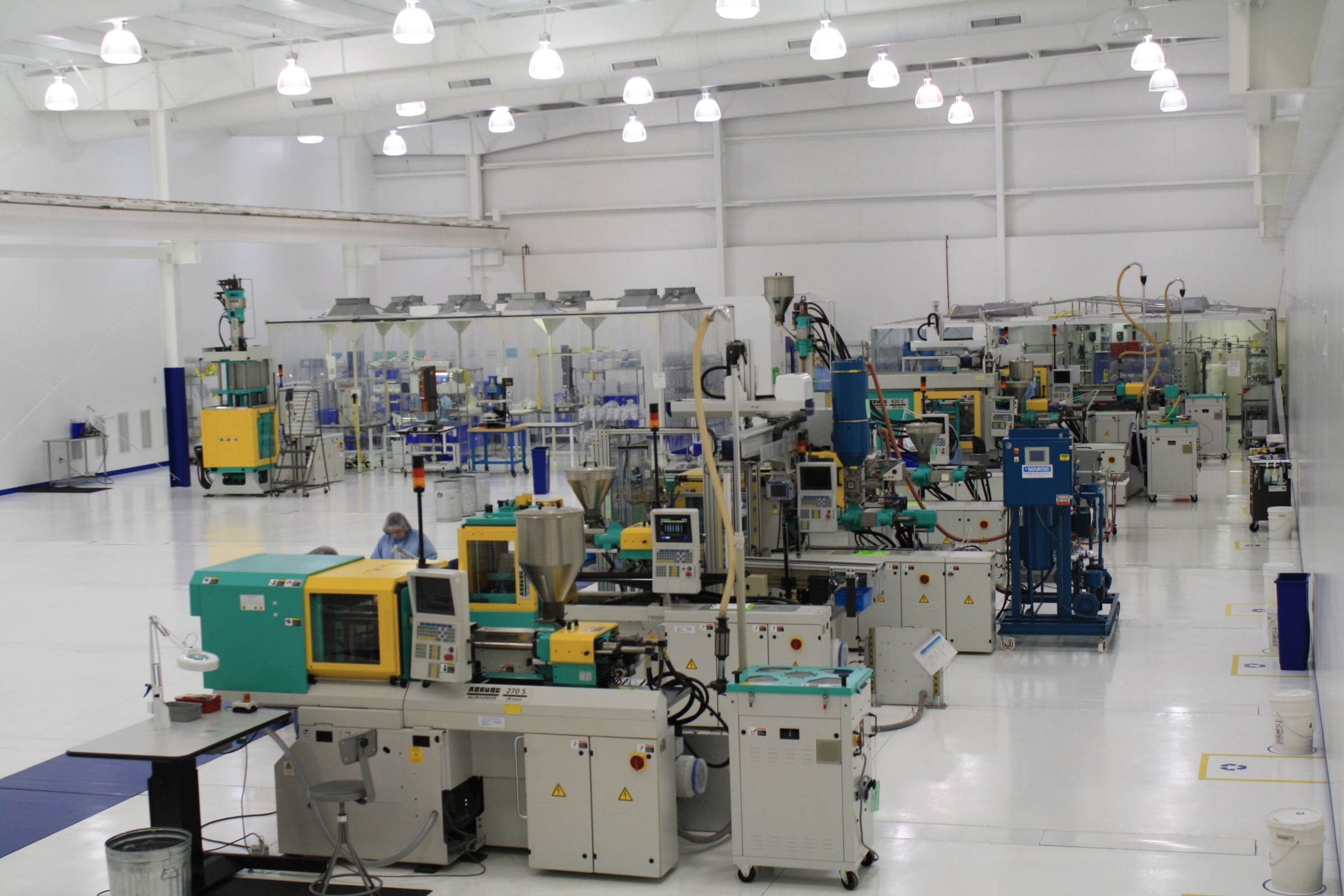 Today The Right Place, Inc., in collaboration with Cascade Charter Township, announced that contract medical manufacturer Medbio is investing $3.5 million to expand its operations in the Cascade area. As a result, the company, based at 3637 Sysco Court, will add 43 jobs.

Medbio is an ISO 13485:2003-certified medical contract manufacturer, specializing in clean room injection molding, assembly, and packaging and has clients based throughout the U.S., Europe and Central America.

The company is experiencing rapid growth with its injection molding operations and intends to purchase between 20 and 30 new injection molding machines. As a result, the company needs additional space for assembly and packaging. The company plans to renovate a 25,000 SF building located across the street from its current operations to accommodate the growth.

In July, the company announced that Philadelphia-based private equity firm Graham Partners made a substantial investment in the firm. The new partnership is expected to help boost Medbio’s aggressive growth objectives.

“We are grateful to The Right Place and Cascade Charter Township for helping us expand right here in the region,” said Chris Williams, Medbio president & CEO. “We are eager to expand our footprint, add jobs and operate more effectively.”

The Right Place worked in collaboration with the company, Cascade Charter Township and the MEDC to ensure Medbio continues to expand in the region instead of other states. The MEDC is supporting the project with the approval of a $180,000 Michigan Business Development Program performance-based grant.

Also, to support the project, in August Cascade Charter Township submitted an Industrial Facilities Tax Exemption (IFT) application to the State of Michigan Treasury department. Medbio had several options for North American expansion, including locations in West Virginia, Mississippi, and Alabama, but the lure of staying local, along with local and state support, helped with the decision.

“Medbio continues to be one of West Michigan’s most successful medical contract manufacturers,” said Eric Icard, senior business development manager, and project lead. “West Michigan hosts the highest concentration of medical device manufacturers in the state. As one of the fastest growing medical clusters in the Midwest, the region now employs over 20 percent of Michigan's medical device professionals.”

The news to expand locally was encouraging to the Township as well. “We believe the expansion is a testament to Cascade Charter Township’s business-friendly environment, the overall incentive package, and our long friendship with the company,” said Cascade Charter Township supervisor Rob Beahan. “Medbio’s investment will continue to help drive our region’s growing medical and biotech sectors.”

As of 2017, approximately 2,462 jobs, with an average annual salary of $71,604, can be attributed to the West Michigan medical device manufacturing sector. According to The Right Place data, those numbers reflect 7 percent local job growth between 2013 and 2017 among the 29 companies that work in the region’s medical device manufacturing space. That concentration is 150 percent above the national average.

“West Michigan hosts the fourth largest cluster of medical device suppliers in the Midwest,” Icard notes. “And, on a larger scale, our region has the fourth largest high-tech workforce in the nation and invests more than $2 billion annually on life science research and development.”