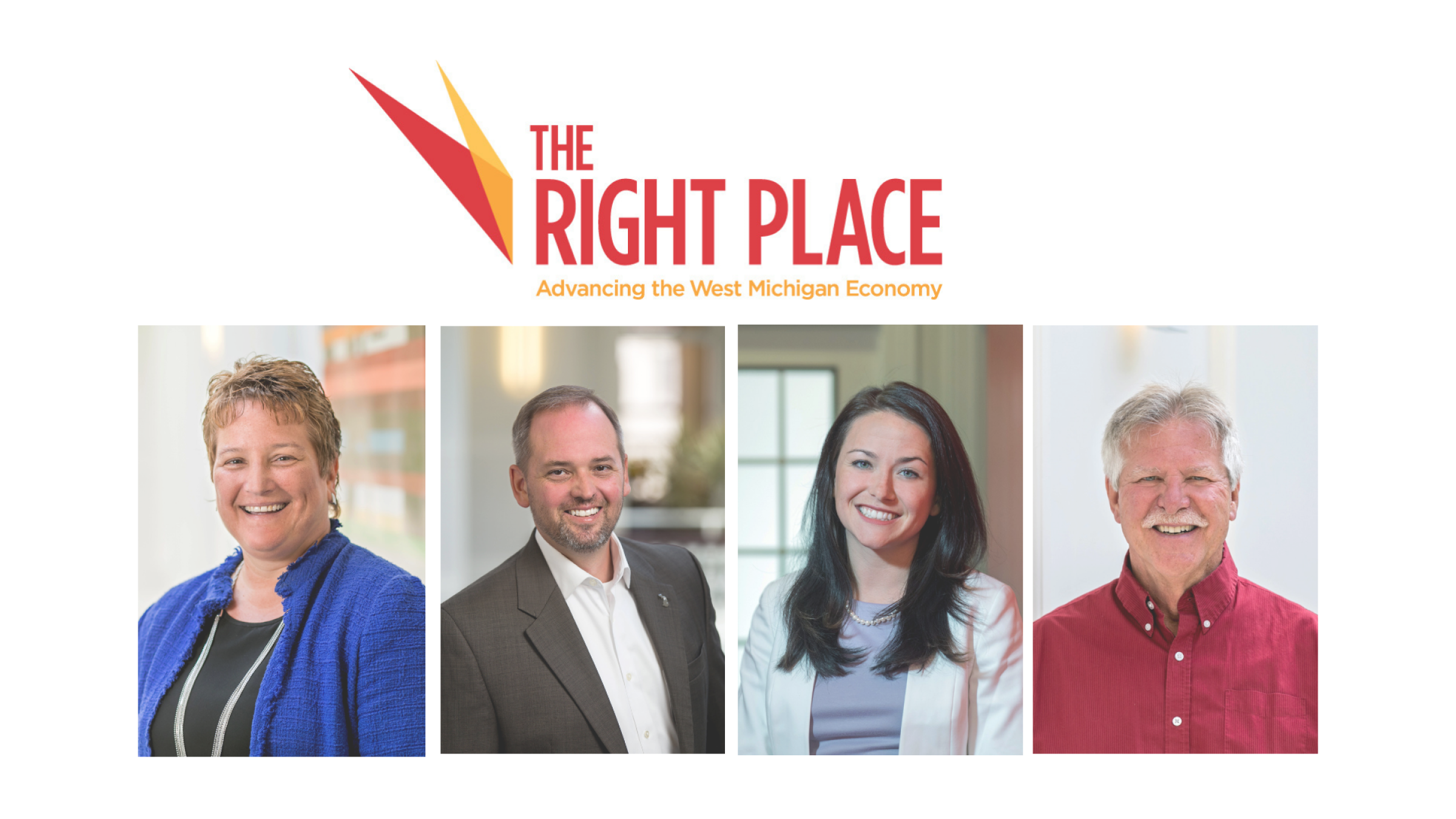 • Andria Romkema, previously the Digital Marketing Manager, has been promoted to Vice President, Marketing and Communications.

“Over the course of his three-decade career, Rick Chapla has left an indelible impact on the West Michigan community,” said Birgit Klohs, President and CEO of The Right Place, Inc. “His spirit of collaboration and devotion to our community are exemplary, and we are thankful for his years of service to The Right Place.”

“While Rick Chapla’s absence will be felt deeply at The Right Place, we are looking forward to the future as several key members of the team take on new leadership roles,” said Klohs.

To fill the role of Vice President of Marketing and Communications, The Right Place will be promoting Andria Romkema. Romkema has several years of marketing and communications experience in the economic development industry, including the past four years serving the West Michigan community at The Right Place. In this role, Romkema will provide overall leadership and direction for the organization’s communications strategy, including public relations, marketing, and advertising.

The Right Place is also pleased to announce that Cindy Brown, previously the Executive Director of Hello West Michigan and Vice President, Talent Initiatives at The Right Place, will step into the role of Vice President, Talent Initiatives fulltime. Brown has over 20 years of leadership experience in recruiting, employee development, training, and facilitation. In this new role, Brown will provide strategic direction and overall leadership to the organization’s talent initiatives and collaborations.